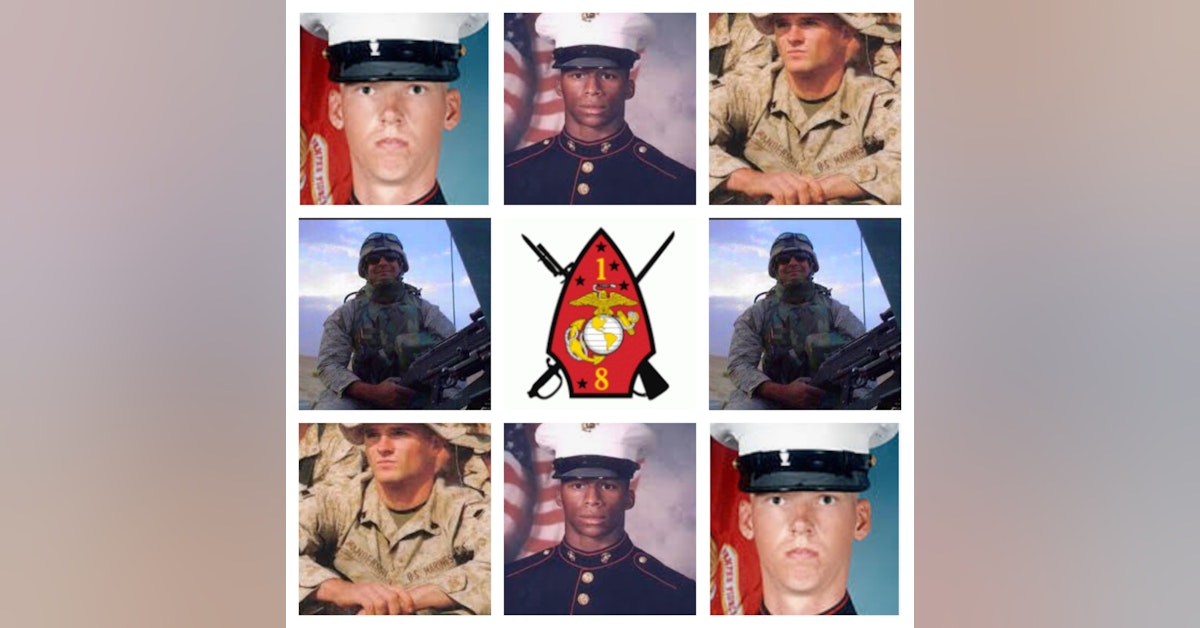 Part 2 of our Memorial Day remembrance series brings us the story of the 2nd battle of Fallujah in November 2004. This battle was so big it had two operational names. Operation Phantom Fury and Operation Al-Fajr (the Dawn). The first battle was started in April of 2004 after the deaths of Blackwater security members. This operation was stopped to allow Iraq security forces to control the city. In the six months that followed multiple insurgent groups entered the city and made a stronghold. Civilians (Non-combatants) were told to evacuate as coalition forces numbering over 11,000 assembled around the city. This is where our next guest, a young Marine at the time was assembled. He was with his brothers in 1st Battalion 8th Marines waiting to go in on another of what they thought was a routine mission. That was until they realized the scope of it. These Marines went into the city fighting block to block in some of the most brutal urban fighting of the war in Iraq up till that time. For the next near month plus they fought not for themselves, but for their brothers on their sides. It was during this month that Christian Dominguez lost four Brothers he would never forget. The First one was LCPL Nate Anderson from Ohio on 12 November. The Second was LCPL William Miller from Texas on 14 November. The third and fourth happened during a house clearing operation on 19 November. They are LCPL Dimitrios Gavriel from New York and LCPL Demarkus Brown from Virginia.

Christian Dominguez has continued to serve for the past 19 years.  He began his career in the Marine Corps as an infantryman where he served as a point man for the Battle for Fallujah in 2004.  He later transitioned into the National Guard as an intelligence Warrant Officer.  Christian has completed 3 combat tours and multiple humanitarian assistance missions.